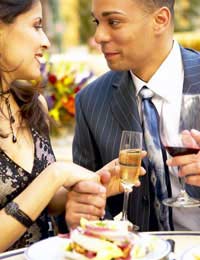 Italian food stirs the emotions. So much so that it is never easy to find two people that agree about the right way to approach a recipe or the merits of a particular product. Such is the culinary tradition of each of the nation’s regions that fierce debate can rage at every turn about what constitutes the quintessential minestrone or ragu. The same is true of winemakers who are rightly proud of products that take such a great deal of time, effort and skill to produce. So instituting a set of rules governing production was never likely to meet with universal approval.

The Reputation of Italian Wine

This move to a DOC system was the catalyst for the rise of the Super Tuscans; in short, wines that broke the rules of the Chianti Classico consorzio – not one would think a particularly wise move. However far from consigning these wines to commercial oblivion, they became some of the most sought after examples of viniculture, commanding prices that reflected their distinctive characteristics and the skill needed to produce them.

The primary move came with the decision by the producer Antinori at the beginning of the 1970s to dispense with the addition of white grapes to the blend of a wine that became known as Tignanello, named after the estate between the Greve and Pesa valleys where the grapes were grown. Made from sangiovese grapes, and later from a blend including cabernet sauvignon, Tignanello’s composition meant it could not be designated a DOC wine. Unlike other wines from the region it was aged in barrels made from French oak, known as barriques – another deviation from the rulebook. This resulted in Tignanello being consigned to the lowest official class of wine – vino da tavola.

Despite the wine being exiled from the Chianti family, other producers in the region began to follow suit with the result that the authorities realised it was time to come to some sort of compromise. As such a new classification was created - IGT (indicazione geografica tipica) – which served to bring the Super Tuscans back into the fold without bruising the egos of other producers in the region. In short, Italian political skill at its very best.

In addition to Tignanello, other names from the Super Tuscan hall of name that the wine lover should be on the look-out for are Sassicaia, Ornellaia, Fontalloro, and Cepparello, although for a more comprehensive listing along with some sound advice on what is worth investing in, it is advisable to seek the counsel of a merchant before purchasing.

The rise of the Super Tuscans is a reminder that even in a country where tradition plays such a vital role in underpinning culinary skill, the Italian imagination still has the capacity to occasionally rewrite the rulebook with startling results.