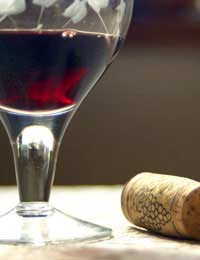 In common with the other major wine-producing nations of the “old world” such as France Germany and Spain, Italy has undergone something of a reality check during the course of the past 20 years. The old certainties that appeared to guarantee a healthy export trade reaching far into the future have been dented somewhat by the appearance of the new kids on the block. “New world” nations such as the United States, Argentina, Chile and, in particular, Australia have helped to concentrate minds and sweep away complacency.

This is not to say that the talent within the Italian wine industry was ever in danger of losing any of its power to seduce, simply that the long-standing image of the fiasco of red wine, namely a straw-covered bottle, and usually of questionable quality, has been thankfully consigned to the past. Now those all important export deals with foreign supermarkets are giving mass-market consumers names to get their tongues around that only a few years ago could only be found in the vocabularies of niche market enthusiasts.

Chianti, once the first and very often the only name that sprang to mind when mentioning Italian wine, has been supplemented by Dolcetto, Montepulciano, Vernaccia and Frascati, to name but a few.

In common with its other European Union partners, Italy operates a quality control system to protect both the integrity of certain types of wine and livelihood of the local producers that make them.

As a result, there are a number of stamps on labels that give the prospective purchaser an indication of what they can reasonably expect from the contents within. At the base level are vino da tavola, literally table wine, products. These are followed in terms of ascending scale by IGT (Indicazione Geografica Tipica), DOC (Denominazione di Origine Controllata) and the more distinguished DOCG (Denominazione di Origine Controllata e Garantita).

In the case of the consorzio with responsibility for overseeing products from the Chianti Classico region of Tuscany, a further symbol in the shape of a black rooster, or gallo nero, is used around the neck of the bottle to indicate authenticity.

The demands on producers exerted by the global market in wine mean that the EU is always keen to consider measures that strengthen the performance of its individual member countries. But away from the political machinations in Brussels, the Italian industry, in common with its rivals across the continent, continues to base its philosophy on core values; indeed the same core values that have made all aspects of the nation's food and drink output so globally popular: in short, using the best quality ingredients allied to supreme skill and attention to detail.

So whether taking a Sicilian white with lunch or a rather bold red from the Piedmont at dinner, or perhaps even a bottle of bubbly from Franciacorta in Lombardy as an aperitif, the quality of Italian wine means that there is no shortage of interesting and seductive accompaniments to whatever is on the menu. The only difficulty is deciding which one to choose. Salutè!