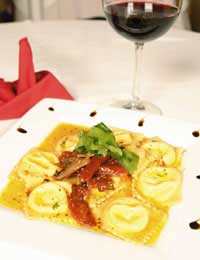 Those of a certain age will recall the cartoon character Popeye the Sailorman consuming cans of spinach prior to taking on his enemies. Attributing superhuman properties to this humble leaf vegetable stems from the long held belief that it contains a large amount of iron. But while those deep-green leaves are indeed a source of valuable nutrition they are more likely to pack a punch in the kitchen than anywhere else.

Preparing Spinach for Use

The versatility of spinach is due to the silky mass to which it is reduced when heat is applied. Over 90% of it is water, and when that begins to evaporate the huge bag of green leaves that you brought home from the greengrocer’s or supermarket will rapidly shrink in the pan before your eyes. But before the cooking process can begin, it is very important to wash the leaves thoroughly to remove any remaining soil and other impurities. Because of the large amount of raw leaf needed to produce a small amount for the average recipe, it is easier to wash under running water in batches, shaking any remaining liquid from the leaves before placing in the pan.

When the leaves are ready, simply turn on a moderate heat under the pan and turn occasionally with a wooden spoon. When the vegetable has wilted, transfer to a bowl of ice water. This will kill the residual heat, thereby ending the cooking process and ensure the maximum amount of nutrients remain, evidenced by the fact that the deep green colour will be retained. Then it is simply a case of placing the spinach in a tea-towel and wringing in order to squeeze out any remaining water. It is now ready for whatever purpose for which it is intended.

Removing any remaining water is particularly important if the spinach is to form part of a stuffed pasta recipe, such as tortellini or ravioli. Otherwise when the pasta casing has been sealed, even a tiny amount of water in the spinach will leak out, because the pasta to become soggy and the parcel will split and disintegrate when placed in the boiling cooking water. So once all the water has been removed, simply combine the spinach with some chopped toasted pine nuts, ricotta cheese and some freshly grated parmigiano reggiano, nutmeg and black pepper, mix thoroughly and place a measure on each square of pasta before forming into the shape of your choice. The finished dish can be garnished with some melted butter or oil; alternatively, a simply tomato sauce provides an acidic contrast to the creaminess of the pasta stuffing.

Spinach as a Vegetarian Alternative

A similar approach can be adopted when introducing spinach into a gnocchi or lasagne recipe, the bitterness of the leaf replacing meat to provide an ideal vegetarian alternative in the latter dish.

A variety of meat and fish dishes also thrive in the presence of a side order of spinach, the vegetable needing nothing else apart from some black pepper, the desired amount of finely sliced garlic and a dash of extra virgin olive oil before being plated up.