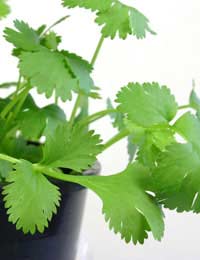 The long standing and fiery nature of the relationship between the two halves of Italy is reflected in the legend that south of the Arno, the regions of the mezzogiorno have claimed the chilli pepper (peperoncino) as their own, adding it to a range of meat, fish and vegetable dishes to distinguish them from their more understated equivalents in the industrial northern heartlands of Lombardy and Piedmont.

Of course, there is some truth in this legend: take amatriciana and puttanesca, two tomato-based pasta sauces from the Lazio and Campania regions, respectively. You won’t find any faux sophistication about either of them. In fact, they are the culinary equivalent of a slap around the chops, reminding the diner that this is no place for the faint hearted. The same deal can be found in both citrus-based and tomato sauces featuring baby clams and dried mullet roe that can be sourced both on the mainland and in ristoranti on the islands of Sardinia and Sicily.

Given the nomadic nature of modern culinary knowledge, together with the logistical sophistication of fruit and vegetable producers, the reality is that both fresh and dried chillis can be found on the menus of northern Italian eateries, too. Perhaps it is the more intense nature of the climate and the people in the south that has sustained the myth, or more simply, it has to do with the fact that a hot puttanesca seems more at home eaten at an outside table close to the port of Naples than it does on a rain soaked night, huddled in the corner of a trattoria in Milan.

The same is true of what seems a simple dish of broccoli florets, anchovy fillets and orecchiette, the ear-shaped pasta providing the ideal vehicle for a dish that claims the region of Puglia as its home. The heat of fresh chilli, rather than the dried flakes, works best, and the finished plate is garnished with shavings of earthy Pecorino Romano. Anyone worried about the salt content should omit the anchovies and give the combined sauce and pasta a final toss in freshly squeezed lemon juice.

Another extra layer of interest for the palate could be provided by the citrus notes of some chopped coriander leaf, although this represents a definite departure from the traditional recipe. In fact, the use of both the leaf herb (cilantro) and the seeds (coriandolo) have never figured highly on the list of ingredients in the Italian kitchen. In the north, in particular, only in the last few years has coriander become available in supermarkets, in part because of the increase in the number of Asian and southeast Asian eateries that have made inroads into the major cities.

The rise of l’alta cucina (haute cuisine) in Italy saw coriander being adopted by a new generation of chefs eager to introduce fresh notes into their menus. Nevertheless, this is most definitely something of an outsider in the Italian kitchen garden that is, for example, never likely to displace flat-leaf parsley as the herb of choice for both meat and fish garnishes.

However, for those willing to work outside the tight corset that tradition has wrapped around Italian recipes, there is no reason why a range of seafood-based pasta sauces and fish dishes won’t benefit from the addition of cilantro. It may not be like nonna used to make, but then she doesn’t need to know, does she.